Once upon a time, There was a village over mountains, and oceans, hills and rainbows lived a tiny little village with fairies different sizes.  I mean it.  The smallest fairy was bullied and pushed around  , but she was the toughest fairy in all the fairy lands  .  Her muscles were bigger than her body  .The boys were regretting to mess with her  . There are also little lakes with tiny mermaid fairies .Technically there was a place for all kinds of fairies  . Even albert fairy  . ( he was the wise fairy everyone can go to.) The baby fairy cried the loudest cry he balled and he balled and he never seemed to stop  .  The judge fairy was the meanest fairy.There were even animal fairies!  Troll fairies to!

The fairies started to fly home to their village.12 hours later they arrived.Home sweet home they all shouted.Ba ba bababa sing a happy song.Babababababa sing a happy song Bababababa they sang all day long.  “Stop!” , One of the fairies yelled! It was Gouchy spider fairy.  Wait who is that he isn’t a fairy!  “I know I want to be a fairy so I won’t be grouchy” He said. “Fine then OK” ,They all said.  “ We have to get back home first.”Queen fairy said.  They all flew home.   Except grouchy spider .  “Today we will be accepting a new member grouchy spider”,Queen fairy said happily. They all cheered and welcomed grouchy Spider. They finally gave him wings. Welcome Grouchy spider fairy! Hazzah! Huzzah! Hip hip Hooray! Hip hip hooray! For the new fairy! And thats how there FIRST adventure started………..

5 thoughts on “Our fairy tale Part 1” 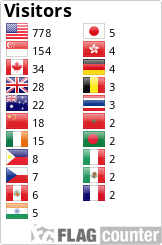