“Think Big And Don’t Listen To People Who Tell You It Can’t Be Done. Life’s Too Short To Think Small.”- Tim Ferriss

Hello, people of the internet with this new type of blog post I’m just going to be cramming ideas into a post(s)  that just pop into my head and I might make a series about something that I like. A good chunk of my recent blog posts have just been about my Genius Hour project and that makes it seem more like a progress log than a blog about my life and stuff, and I want to change that. I will also be asking you guys in the comments on what stories I should tell or questions to be answered :D. Anyone from my reading class will know what this is but has anyone else reading this heard of shades of meaning? Well even if you do I’m going to be explaining it anyway. So imagine this, you have a horizontal line that goes from least intense emotions all the way to the most intense ones. Now, instead of having each emotion on a dedicated line it goes from it’s a least intense version of that feeling. An example, slightly sad all the way to be what could become very sad or discouraged. This Bar goes from 1 being least intense to 11 being the most intense.

Red Is Anger (Example: Annoyance, on the meter, it can meet up to 1-3 in the intensity level but others like exasperation start at 4-8)

Pink Is Fear(Example: Nervousness, this can be from stage fright, meeting new people, or just being shy or unsure of something. This broad spectrum of emotions could reach all the way from 1-9!)

Orange is enjoyment (Happiness basically) (Example: Amusement, This emotion also varies on how exactly you’re receiving it or giving it (Like everything else), It could be from someone telling a joke or story and making you laugh to you having a blast on a rollercoaster! It goes from 2-8 on the scale.)

Green Is disgust (Example: You feel disgusted towards something that you find repulsive.) 1-6

Blue Is sad Being sad could have many meanings, from being sad that you lost something to be someone dying. (Example: Discouragement a loss of confidence or enthusiasm; dispiritedness. It can go from 2 all the way to 9!) Being sad is a very bad emotion for me and I don’t like it.

I feel that Moana’s main theme is to accept your responsibilities and never give in. Throughout this film, Moana, as well as Maui the shapeshifter, demigod of wind and sea, hero of man; both, have to face challenges that were caused by their mistakes. All of the bad things that happened like the coconut pirates attacking them and Ta-Kah awakening were because Maui took the heart of Tafiti! At one point or another, these characters Maui and Moana go far deep into “the I can’t do this” stage that they almost completely give up, not believing that they can handle the responsibilities… Later on in the story though, they face the responsibilities head-on. An example of this is transformation is when Maui faces the giant crab called Tomatoa in Moana and when the last time he faces ta-ka. When he fights tomatoa, he gets owned because of the fact that he wasn’t prepared and didn’t remember how to use his hook, and he didn’t believe in himself but Moana helped him through that and when he fought ta-kah even when his hook broke he still was ready to fight till the end. In conclusion, the movie Moana’s theme is Accepting your responsibilities.

In the text “People unfamiliar with cooking are turning too YouTube videos for help”, the Author’s Purpose was to inform the reader of the rising trend of people watching cooking videos on YouTube. The text proves this when it shows how online cooking videos are getting increasingly popular. You can also tell this when the author mentions one of the channels they mention is “Tasty” which has now over 500,000 subscribers. These are people like Will Matson, they watch the videos very frequently. 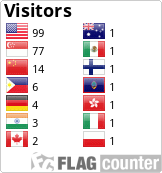