The Dog That Saved Thousands!!!!!

The Dogs That Saved Thousands

When a dog saves thousands of people you are probably thinking that can’t be true. Well it is!!! His name is Buster. There are books about him. The book was made by human partner R.A.F and Police Sergeant Will Baro. You should buy one of them. He is an army dog and saves tons people from gun shots.

He earned a crust friends for live award because of how many people he saved. One of his heroic features is that he can track down suicide vests and the people who made them!!! He could also track down suicide bombers!!! He is amazing!!! He was even strong enough to kill other soldiers!!! He was a sniffer dog. That is the nickname given to canines that go through extra training.

This 8 year old pitbull named Lily saved her owner by pulling her master off the train path!!! She passed out on the railroad tracks in Massachusetts. Although the owner went unhurt, Lily’s front leg had to be amputated because of the train.

Thanks for reading my story!!! I hope these dogs change your mind about how much of a help they are!!! 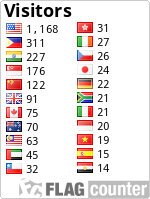