For this last independent reading project, I decided to make a button in the LMC makerspace. The button is based on the book I read called Paper Towns by John Green. For the design, I choose to demonstrate the mysteries in this novel. I listed the many mysteries in the book including some characters, and the main mystery Margo Roth Spiegelman (a character who ran away). On my button, I made these mysteries the background. On top of that, I then put the word MYSTERY with a question mark on it. All in all, this whole button represents all the mysteries in this book that the characters have to go through. Some of these include getting revenge on classmates, finding Margo, and the mysteries in the family. Overall this book was really good and I would defiantly recommend it for people who like mystries. For this week’s news discussion, I decided to read “Cup of Controversy” by Achieve3000. This article talks mainly about how coffee is produced. Coffee plants are grown in sunny spots near the equator, but beans produced in lush forests taste way better. Although they taste way better, beans produced in the forests take way longer to grow. This is causing coffee farmers to make a change. They are destroying rainforests to be able to plant their beans in sunny places so they grow faster. This causes them to make a bigger profit. Farmers are also harvesting coffee in different ways. While some farmers pick the plant and remove the fruit around them, others wait for forest animals to eat them and discard the beans with their droppings. They then get and clean the beans from there. 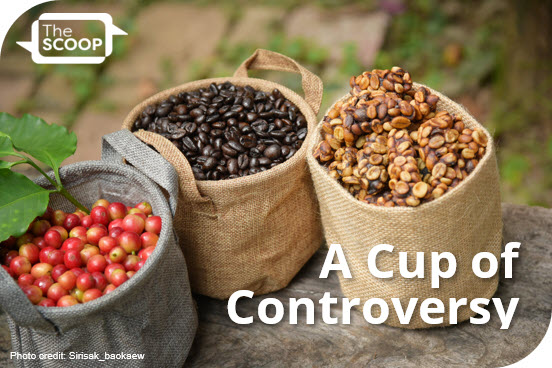 The book I choose to read for my new independent reading novel is “Paper Towns” by John Green. This story is about the main character Quentin Jacobson who they call Q, and his neighbor Margo Roth Spiegelman. These two high school seniors go around town getting revenge for all the bad things other classmates have done to them. Margo then disappears after their revenge night. Q soon finds clues that are laid out for him from Margo… This book is full of adventure and some mystery. Overall this is a great book and I DEFINITELY recommend reading it. For this project, I hope to plan on making a button.

For this week’s news discussion, I decided to read “Summer Jobs Make $ense” by Achieve3000. This article talked about the many benefits of getting a summer job. Some of those would include the pay and the possibilities to use your experience to get a better job in the future. This article also talked about the steps you have to take to get a summer job. Thoose would include your work permit, references, and a résumé. To get a summer job you also have to do research to find jobs that are hiring, and fill out some applications. 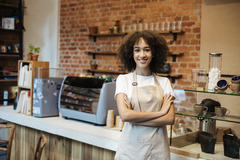 3 Truths and a Lie

Assuage is a verb. Assuage definition is making an unpleasant action greater. An example of assuage would be taking medicine to make your cold lesser. A synonym for assuage is relief.

Taciturn is a noun. Taciturn definition is habitually silent or quiet, inclined to talk very little. An example of taciturn would be a shy person. A synonym for taciturn is untalkative.

Unsullied is an adjective. Unsullied definition is not spoiled or made impure. An example of unsullied would be a piece of paper with writing all over it. A synonym for unsullied is spotless.

Repertoire is a noun. Repertoire definition is the range of pieces an artist is prepared to perform. An example of repertoire would be the number of songs a musician would perform. A synonym for repertoire is separate.

Vapid is a noun. Vapid definition is dull, uninteresting, tiresome; lack in sharpness, flavor, liveliness, or force. An example of vapid is a bad song. A synonym of vapid is flat.

For this independent reading novel, I choose to read Paper Towns by John Green. This is a book that Mrs. Soper and Mrs. Means picked out for me because they think that I would like it. This book seems very interesting with a high school prank and a search for a runaway lover. I think that I am going to enjoy this book. After reading the first couple of pages, I think that I am going to really like it. The main character seems really good with a strong plot.

For this week’s new discussion, I decided to read, “Women Who Won The Vote”. This Achieve article was about women’s journeys to gain rights. It all started with women wanting equal rights as men. They gave their lives up to this cause after WWI and would do almost anything to be able to have rights. This all started on the eve of President Woodrow Wilson’s 1913 inauguration where women had their first suffrage parade. Lawyer Inez Milholland Boissevain led the procession while many other women followed. They had thousands of banner-carrying marchers interspersed with floats, bands, and mounted brigades. Many people came to watch. Many more parades happened through the years, but that still didn’t work. Women had to get to the most important person, President Wilson’s front yard. People began to picket his house. About 2,000 women from 30 states took shifts holding signs, some of which featured quotes from Wilson’s own speeches to call him out for supporting democracy abroad while denying citizens’ rights at home. Finally, in 1918, Wilson called on Congress to pass the 19th Amendment, guaranteeing women the right to vote. Women finally won this fight and got the right to vote thanks to the 19th amendment. 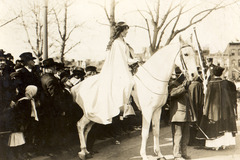 For this week’s news discussion, I have decided to read “Three Legendary Women”. This article talked about how 3 important women broke through barriers. These women were named Bessie Coleman, Wilma Mankiller, and Victoria Woodhull. The first woman, Bessie Coleman, was determined to get her piloting license. After many American schools rejected her, she had her eye set on a French school that had no discrimination. After many struggles of trying to learn french, she got accepted into that college and became the first African American woman to get their piloting lessons. The second woman, Wilma Mankiller,  was elected the first female deputy chief of the Cherokee Nation in 1983. Because of her amazing leadership,  Mankiller was officially elected principal chief in 1991. She caused the Cherokee Nation to become self-governing, double its revenue, and nearly quadruple in size. The last woman was Victoria Woodhull. Woodhull had founded the first brokerage firm run by a woman. She created a newspaper about equal rights and other important topics. She also created a salon that was a place where activists could share their ideas. Then Woodhull became the first woman to speak before the House of Representatives. Victoria Woodhull became the first woman to run for president. Although she didn’t win, she encouraged many women to run as well. 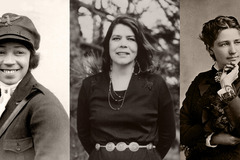