Ponyboy is different from the Greasers in many different ways. Ponyboy likes to read books for school and for fun. Ponyboy is also into watching movies by himself. He’s also is very intelligent academically in school and in the group. In the group he is shy and doesn’t talk very much with them. However, the Greasers aren’t very intelligent and almost all have dropped out of school. All the Greasers like to stick up for each other when one of them is in trouble. Also, the Greasers have to work and have jobs. The last thing is that all the Greasers like to smoke and drink. The reasons why these traits are good for a narrator to have is because Ponyboy is looking from being a Greaser but also being put with the Socs in school. So he sees life through both groups while the other Greasers would only see it through the Greaser point of view. 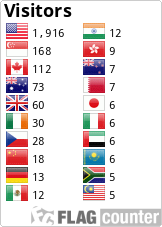 adopt your own virtual pet!
Skip to toolbar