Get me outta here!
Yes I think Darry loves Ponyboy. I think that he treats Pony that way because Darry loves Pony and he is just trying to protect him. Yes Darry can get rough at times, but it is unintentionally. For example, when Pony gets jumped by the Socs, Darry shakes Pony to see if he is Ok. He also pushes Pony on his grades and safety because he wants Pony to do well and stay safe, and have a better life than Darry is having now. He doesn’t do this to Soda since Soda Pop is older than Pony. Darry also doesn’t want Pony out that much on school nights so it gives Pony time so can get his homework done, get to bed, and do good in school the next day. This is why I think Darry loves Ponyboy and treats him the way he does. 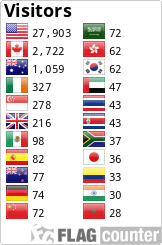