Love is what this is,

Maybe say what do you mean?

In a beautiful wonderful dream.

Someone is always there for you,

To help you through,

To be so clever.

You may dream of whatever,

But just know that life is sweet,

And you shall love it together,

To never start and cheat.

And never give up,

Just look up to the wonderful sky.

Think of all of you love,

Be a beautiful dove.

Love is your answer 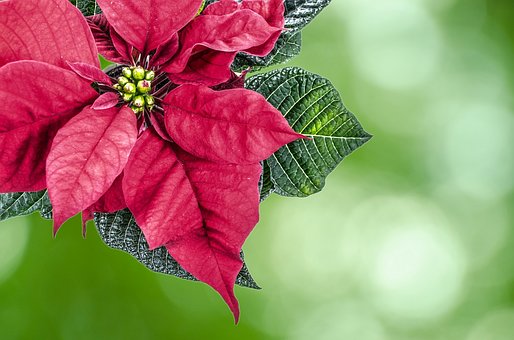 Reaching for the sun,

it’s how she feeds herself,

until the day is done.

she waves to all of the people go by,

her time of the year,

have a good time,

I will see all of you, I’ll wait for Santa to come,

Never forget to eat every crumb!

Go upstairs to get ready for sleep,

Soon, in in the morning I’ll have a nice treat.

Then the next morning,

Walk downstairs as there is a warning.

See all of my beautiful presents,

I give a big cheer,

Because Santa was here!

My favorite holiday of the year.

That sparkle and shine,

I  celebrate with family,

Maybe fight with a snowball,

I think of everyone thankfully,

On the best Christmas Day!

Two days before Thanksgiving day, I was helping to prepare the food that we were making for our Thanksgiving meal at my Grandparents house.  All of my family said that they were coming and all of us were very excited.

Only but one person, my Uncle said that we should just skip out on Thanksgiving this year.  I was kind of eavesdropping because it was just most of the adults talking about it. They didn’t see me, which was good, but I also didn’t want to say anything because they thought that no one else could hear them, because nobody else was around them.  But they were wrong, I could hear exactly what they were talking about but I chose not to speak up.

I couldn’t believe what I was hearing, so I decided that maybe I should just take a break with helping with all of the food, because the adults had stopped to talk as well.  I wandered into the living room, and stopped to talk with my Aunt, which was one of the few grown ups that weren’t all talking together.

I had told her what the other adults were talking about, and how my Uncle wanted to maybe skip out on Thanksgiving, and how they were considering it.  I also said how I didn’t want to speak up, because then they might make sure no one else was ever in the room where they were talking.

This had made me really upset, because everyone around my Uncle talking with him seemed to very easily agree.  I honestly didn’t even know the reason why he wanted to skip Thanksgiving because I left the room to early, I guess.  Almost everyone that came to our special Thanksgiving knew how much I loved it, and put the effort into helping to make it happen every year.  It also felt like a good tradition, so I really wanted to keep it going.

Soon , I decided to tell my Uncle that I was listening to what he was saying, and told him my opinion.  “I’m sorry that I was listening to something that I might not have been supposed to, but I heard about how we should just skip Thanksgiving.  You and mostly everyone else knows that I love Thanksgiving, and I really don’t ever want to skip it”, I said. Then my Uncle responded, “You must of misheard me talking”, with a chuckle.  “I was just telling the other adults what we should do in the future, since I might not be able to make it, which means that the other people that I drive here wouldn’t be able to come”, he said.

This made me really feel bad, because when you start to overhear a conversation, you can’t just assume anything.  I thanked my Uncle so much, for keeping this Thanksgiving going, and our feast for Thanksgiving was on!

In the morning, Crystal always woke up, and would make herself a hot cup of tea.  This was her favorite way to wake up, and she loved sipping it while watching the glistening forest out from her window.

Crystal lived in a forest, which was very special to her, because every day, she would go out and explore and be adventurous.   One morning while Crystal was finishing her tea, she started planning her day.

2.Collect fluff from the cozy trees

One of her hobbies, was to make her blankets and clothing from the fluff of the cozy trees.  Where she lived, cozy trees were very popular and valuable. You could make many different things with them such as, make blankets, clothing, pillows, and much more.  Crystal made sure that she did this almost everyday.

After she walked around the lake, and was collecting her fluff, she was now in the middle of the forest, and saw something that she had never seen before.  Right in front of her, there was a beautiful canopy of sparkling tree branches and leaves, with something wonderful and special in the middle. There was an amazing glittering gem on the inside, along with a soft drape of fluff.  Crystal was shocked at the sight, and took a closer look. Inside of the gem, was one of the sparkling leaves, and she observed it some more.

This place from now on, would be a very special to her and she will go to visit it everyday and keep it safe.  She named it The Forest Gem Wake up every time.

The light crunch of the falling,

After days of Summertime.

See  all the frost.

So start to take your flight.

As you hear the crisp,

Feel all light and free,

Of the daytime winter wisps.

It takes you happily!