Matching Skills And Qualities To My Dream Job

Matching your skills and qualities to your dream job is important because if you don’t it could lead you all over the place. For now I’m going to be matching my skills to my job that I’ll be “applying” for, which is a cashier. Some examples would be like Organization, Communication, Kindness, and math.

Organization is important to have because in this job I would have to maintain clean and orderly checkout areas and complete other general cleaning duties, such as mopping floors and emptying trash cans. In this case, that is why you would need to be organized. Especially by order with this job at all times. The  kinds of organization that you have going on can affect the view of customers in the store towards the company with the organization they have or even mess that can occur.

Kindness and communication is especially important to succeed in a running business. Cashiers need to be able to greet the customers entering the establishment. Again, being kind can change the way the community views the business in the character of their employees. Really just being nice can even make an impact on your customers day. If it even means faking it do it because you never know what’ll happen.

Math in general can help a lot during cashier. You need to be able to calculate total payments received during a time period, and reconcile with total sales. Having a skill of math can help with totals, counting, and many other uses going on  along with this job. Just think if you didn’t have the right skills, like math how would you be able to work correctly?

In conclusion, I find that if you really want your dream job you need to be able to match your skills to the qualities of the job. If you wouldn’t, I don’t know how you would be able to succeed with getting hired. Finally, make sure you are happy with your job, instead of changing all your skills just to fit right in.

Why Does Life On Land Matter? -Frieda Kauffman

Why does life on land matter? I feel that life on land matters because people aren’t that aware of what we are doing to our earth like extinction. Extinction can happen in many reasons from human activities like overhunting, deforestation, pollution and climate change.

Over hunting can be a problem because animals are being hunted for there meat, clothing, medicine, art and other things. In some places these things are against the law, but many endangered species live in hard to reach places. This makes it hard for law enforcement officers to always know what’s going on all the time.

Deforestation can also play a part in extinction. Deforestation is where people are destroying animals habitats by making houses, farms and many other buildings. They take over forests, deserts and wetlands. This is why many living things are dying out. Plants and animals are losing their habitats altogether.

Pollution can be a problem as well. Our human activities are affecting living things, like sewage and chemicals can flow down rivers and streams poisoning animals.

In conclusion, I feel that  life on land is important because many animals are being affected by many human activities, again like overhunting, deforestation, pollution and climate change. We all need to be aware of what were doing. We can all make an impact to help.

Category: Uncategorized | 1 Comment on Why Does Life On Land Matter? -Frieda Kauffman

What Are The Global Goals And Why Are They So Important? By: Frieda Kauffman

The first reason is the Global Goals are trying to make our world a better place to live. We need to make sure we are all taking care of our earth. Trash is a problem. It hurts our oceans and other environments. We are all affecting plants and animals. There are so many different ways to help our planet from growing trees to picking up trash. You can make a difference by even inventing something or starting a program. Continuing, Global Goals are not only trying to help our earth but they are also trying to help the people on it. Global Goals wants to make sure everyone can get a chance to be happy, healthy, and educated. No one should have to die hungry or unhealthy. I hope in the future people will be able to get an education and go to school. As Well as, being happy and healthy.

In conclusion, I feel that everybody should be aware on what Global Goals are trying to do. You can even make an impact. Lastly, you can make a difference by helping Global Goals achieve these goals by 2030.

Category: Uncategorized | 1 Comment on What Are The Global Goals And Why Are They So Important? By: Frieda Kauffman

What’s in The Woods? Part 1: By Frieda Kauffman

Once upon a time, there was a girl named Mia. Mia wanted to find who she really was, because Mia’s parents wanted to move where they can have a better life for there family and Mia. But when they moved Mia was not happy because she had to leave her best friends at her old home were she was the most happy. Mia couldn’t make friends or even talk to anybody at her new school and home she was shy and quiet everyday.

One day after school Mia was so upset that she didn’t take the bus home instead she took a walk through the woods to clear her head. Mia was a first worried that she would get in trouble, and she knew that her parents would be worried sick. But soon she had forgotten about everything and was in her own world. Then it was all interrupted by the sound of snapping branches as if someone was walking towards her. So without hesitation Mia sprinted the way she came as fast as she could. And when she finally came home her parents had mixed emotions of being happy that she came home and mad because she didn’t come on the bus. Mia had a long talk with her parents about how she was feeling about the school and her new home.

Mia was then grounded for a week because of what happened. Mia was still wondering what was in the woods with her. She thought “was it a creature of some sort of could have it been a person?”

A few days later Mia was on her way to school when she noticed someone going into the woods were she had been with a camera in they’re hand and had a green sweatshirt on. Throughout the day Mia was scared of what would happen if she walked home from school so she called her parents asking if they could pick her up after school and when they came she noticed that there was the same person coming out of the woods and trying not to look at them and hurried into the car wanting to go home. Then she realized it wasn’t a creature it was a person who was in the woods with her that one day. My VR Trip To Machu Piachu 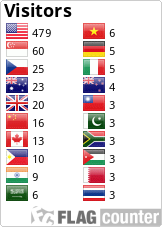