Description: The district has recently purchased a district-wide subscription to the Remind Communication Tool. “By integrating Remind with Canvas, you can drive student engagement by sending attachments and resources directly to their phones. Each message includes a link back to Canvas to make it simple to stay informed and involved. The Remind integration lets educators save time and improve productivity by eliminating the clutter and confusion of multiple platforms.  And you can do it all without leaving Canvas.” – from Canvas blog

Description: Direct Share allows instructors to copy individual course items to another course and share individual items with other users. This change allows content to be shared directly in Canvas without having to use a secondary repository like Commons.  The “Send To” and “Copy To” options are located in the settings menu of the content item needing to be shared. For more information, here’s the Canvas Release Page about Direct Share.

In the past, Google Earth was exclusively a software program that provides detailed access to geographic features around the globe. Now, that same program is available through the Chrome web browser at https://earth.google.com/

Google Earth has also recently added a ‘Project’ feature that allows teachers and students to “create customized maps and stories about places around the world. Mark spots you care about, and add text, photos, and videos to complete your stories. You can also share your maps and stories with others to collaborate.” – About Google Earth Projects

A customized map with satellite or street views can be created with personalized places that contain custom icons, images and videos.

Below are some tutorials for using the new Google Earth Project Creation Tools:

Slido for Google Slides allows you to “instantly create live polls and add Q&A to your presentation as you’re working on your slides. Rather than switching between Slido and your presentation, you’ll be able to run both with one click.”  — Slido.com

The Slido Add-On to Google Slides has been enabled for all Teachers at Elanco and can be a great formative assessment tool that can be utilized directly inside of your presentation without leaving Google Slides.

With the free version, you can add: 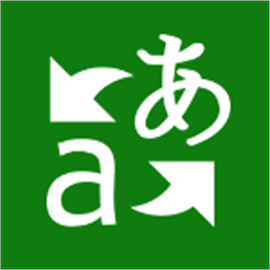 A free program provided by Microsoft that allows you to speak or type in your native language to communicate in real-time with other participants in the conversation in their language.

Go to – https://translator.microsoft.com to start a conversation by logging in with your district’s Microsoft Office 365 account. Or, you can use the free mobile application

Watch my short demonstration video below on how my voice can simultaneously be translated into both Spanish and Russian in real-time using the web version of Microsoft Translator.

In the month of October, there were several updates to our instance of Canvas. Some of the updates may already be noticeable to instructors, while others may not. Below is a summary of three of the recent updates: Canvas Navigation Menus, Grading Periods, and New Analytics.

Use Canvas’ New Analytics to:

Visit the What is New Analytics? page to learn more.

For the remainder of this school year, our school district will be piloting the use of an online video editor called WeVideo.  Unfortunately, Microsoft discontinued their support of Windows MovieMaker in Windows 10 this past year. Since then, our students have been without a good video editor on their school laptops.  This has also been the case at our elementary schools where students have Chromebook laptops that only run web applications.

WeVideo is a completely web-based video editor with even more features than Windows MovieMaker. For example, students can collaborate with other classmates on any video project, teachers can upload media content for their students to use in their projects, and their is a green screening feature built right in.

Learn to use WeVideo

If you are interested in setting up a teacher and/or student accounts for your classroom, please contact Tim Leister at the secondary campus or Adam Geiman at the Elementary schools. Either of us can quickly create a project group for your class and send you a custom join link to be sent to all of your students to setup their accounts.

Adobe Spark is a free online creation tool that allows students to create online posts, web pages, or videos. However, previously our students had to setup their own accounts and students under the age of 13 could not even create their own Spark logins. Now with Adobe Spark for Education, our students can log in with their Elanco email address and Elanco Google Account. Teachers and students can follow these simple directions to log into their Adobe Creative Cloud account. There is now a tile on the student and teacher Gateway page with the link to login to Adobe Creative Cloud.

The Adobe Spark tool is very easy to use and creates a professional looking finished product. Adobe Posts allow for the creation of an online graphic from text and a photo. In Adobe Spark Pages, students can design and create one-page websites from a variety of themes that include text, copyright-friendly images, and embedded videos from YouTube. In Adobe Spark Video, students can insert images, and then record an audio narration while selecting from a list of background music options.

Ideas on how to use Adobe Spark

Learn to use Adobe Spark

Looking for a review game alternative to Kahoot, Quizlet Live, etc.? Take a look at Gimkit.  This game site was actually developed by a high school student who wanted to add some fun to the ‘traditional’ classroom review games.

Just like many of the online review game sites, Gimkit can be played individually or in groups. What makes Gimkit different is the strategy involved within the game. As questions are answered correctly or incorrectly, students or groups gain or lose dollar amounts. As teams or individuals accumulate money, they have the ability to decide how to utilize that money by changing the dollar per question value, by removing money from other teams, by getting insurance for incorrect answers, or some other fun ideas.

A real-time class scoreboard can be projected onto a classroom screen and games can be played to finish in a few minutes or when a certain dollar amount is reached.  The Gimkit games can be built quickly by making your own review questions or by importing study sets from Quizlet.

Video Tutorial on how to setup and run a Gimkit game

“Teachers want to feel confident that students can focus on the tests they’re given, free of distractions, whether it’s an important standardized test, unit exam, or a quick formative assessment.  With the Take a Test app, teachers can create a link that takes the students directly to the test’s page where they are restricted from accessing their computer.” The link below provides a space for teachers to insert their online test link and have a custom link created that places students into a secure test environment.

“When a student clicks the new link to the ‘Take a Test’ assessment, an application opens and shows just the test and nothing else. The computer’s clipboard is cleared, and students can’t:

When students are finished and need to stop taking a test, they press the Ctrl+Alt+Delete keys.  Be careful—if students do this before finishing and submitting the test, they won’t be able to go back to where they left off in the test.” This application only works when accessing the custom test links on Windows 10 computers.

— Directions are modified from Microsoft Education

Video Tutorial: How to use Microsoft Take a Test

The new Google VR Tour Creator website allows anyone to create virtual reality tours using their own 360 degree images or 360 degree images already available on Google Street View. This easy-to-use website, allows for the creation of 360 degree scenes with several points of interest where text, still images, and narrations can be included. When completed, these tours can be published for anyone to view on the Google Poly website.  The Google Poly site allows for anyone to publish their own vr tours, while the Google Expeditions mobile app is for those vr and ar (augmented reality) tours that have been submitted to Google, reviewed, vetted, and then approved to be made available to the public. The video tutorial at the bottom of this post explains how to create, edit and publish a vr tour of your own.

Here at GS, we have recently purchased several Ricoh 360 cameras for students and teachers to use to capture their own 360 degree images that can be uploaded to the Google VR Tour Creator website.  The cameras also record 360 degree videos with sound that will eventually be able to be viewed using the Google VR Goggles once our devices are Internet enabled at the start of the 2nd semester.  You’ll notice in the image below that the cameras have lenses on both sides which allow for the capturing of 360 degree digital images.

In Jill Hackman’s Pathways Co-Op course, students were assigned the task of creating a vr tour of their co-op job placement during this fall semester. Take a quick interactive tour of GSHS seniors Jacob Good’s work place,  New Holland Custom Wood, and job sites from Joe Royle’s family Royle Plumbing business.  Below is a 16-scene interactive tour created by Bob Schneider and I on the recent Civics & Government field trip to Philadelphia. The first scene of the tour is from Google Street View, but the other 15 images were taken by us using our 360 degree cameras.

Click and drag on the image below. On the bottom of the image, click on the arrows to view other tour scenes. Some scenes contain points of interest targets to click on.

How to Use Google VR Tour Creator

Below is a video tutorial from Richard Byrne’s Free Tech for Teachers Blog on how to create, edit and publish a tour using the Google VR Tour Creator. Currently, the tours that are published to the Google Poly website are only visible in full, immersive virtual reality using Android devices, such as the ones we have here at GS.