Fun At the Cabin!!

Hey guys so I’m going to tell you something that happened a few weeks ago!

So my Aunt Peggy and my uncle Nick has a cabin in the woods, so they invited my brother Jordan and I.  There also was my Aunt B and Uncle Shane with their kids!   My cousins were Shalynn, Mallory, and Shane JR.  (So you can tell the Shanes apart I’m calling the baby Shaner and uncle Shane, Shane.)  That’s everyone that was there. We were there for 4 days! (More like 3 days because 2 were almost half days.)  I will tell you it all for everyday!

Day 1 was all about getting to the cabin!  My Mom woke Jordan and I up at 5:45 A.M to say goodbye to my Dad! We wouldn’t see him because he would be at work when we have to leave!  Super Sad.  We all tried to go back to sleep but we couldn’t.  We were leaving at 3:00.  We were already packed Thanks Mom!  After a long day of waiting it finally came 3:00. We left to meet Aunt Peggy!  Skip Ahead a while!  We were finally on the road, after waiting so long we are now going to the cabin!  We had a dog named Rex and he was in the seat in front of us.  Skip Ahead.  We are now at the cabin.  It’s around 10:00 P.M, we were there before my other aunt and uncle.  Before they got here we all saw a bear!  (I would’ve gotten a picture but I couldn’t!)  Then, Jordan and I got to pick our beds!  The kids slept upstairs and the adults slept downstairs. (Shaner is 2 years old so he slept downstairs!) They got there and we saw another bear!  After that we went to bed!

Day 2 was a chill day.  We played games and went for walks, played Can Jam, and played Darts. Shaner wanted to go on every single walk that we went on so Shalynn, Aunt Peggy, and I tricked him so, we went on a short walk with him and then we told him that we were going inside to read. he went down back with the older kids and the us including Rex ran up the hill and went behind a bush. We waited for him to look the other way, then we ran to the next bush waited for him to look away. Rex had no idea what was going but he ran with us like it was a game.  We did that until he couldn’t see us anymore. Then we did the same on the way back. We went on more walks, played more games, and chilled. Then we went to bed.

Day 3 was definitely the Most fun and most hectic.  We went kayaking.  It was really hard, I was in the double Kayak with Jordan.  That was not a good choice. The paddles were really short so you could only go one way.  We had a hard time finding me a life jacket to wear.  I switched with Shalynn and I went in a 1 person kayak. I was bungee corded to Mallory.  Jordan and Shalynn were in the 2 person Kayak. Mallory did most of the work so yeah for me!  We did get unbunched a few times.  We were ahead for about 10 minutes from all the adults but Jordan, Mallory, Shalynn, and I were all together.  When we got to the end we had to stop in the rapids.  Mallory and I got unbunched again Jordan hopped out of his and grabbed mine.  Then we went to the shore and Jordan and Mallory went up to take the one kayak up, Shalynn and I stayed down there.  Once the adults caught up we took all the stuff up and we got into the vehicles and went out for ice cream.  We played Can Jam, Darts, ate, and chilled.  Then we went to bed.

Day 4 was a chill, pack up, and leave day.  We all got assigned cleaning jobs.  I was clean counter and table. (Pretty easy that’s why I picked it.)  I was the first to finish my chore so I got to relax.  Aunt B and Uncle Shane and their kids left at 2:00.  We were going to leave at 5:00, we left at 4:30.  We stopped to get something to eat and take Rex to go to the Bathroom.  We stopped at Burger King, there was grass so Rex could go to the Bathroom.  It was all on the road, we played the sign game.  The sign game is when you go through the Alphabet by looking for the letters on signs.  We met my Mom and Dad then drove home.  My dog Trigger was very happy to see Jordan and I.  Last it was all back to normal after that.

That Was My Trip To The Cabin! 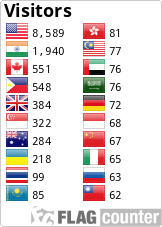