Haze was currently out and about in a forest like space listening to the sounds of the forest, she had just moved dens. Her new den was under one of the largest species of tree in this large, alien-like biome, The tree was called a “Magislar” tree. Its roots glowed dimly in the dark, making it perfect for a den. Haze began rolling around’ till she heard a noise, possibly from prey. Her large ears flicked up causing a strange sound, like an echo.-her ears have special ridges and indents creating noise when they move quickly.) Haze crouched down on her six-clawed toes. Her teal head feathers smoothed out as she saw the prey. Her white feathers matched the surroundings, as the moon glowed brightly, reflecting a bright white-blue color onto the silver rocks. Her prey was a small creature called an “Acari” They were small four-legged mammals who enjoyed grooming large mammals or dragons. Haze decided to tackle the creature which she did with her strong upper arms. The Acari squealed and a few others came to investigate from the tree, but they also squealed an alert and ran up the tree. Haze ripped through the flesh of the creature’s abdomen and spine making sure it was dead before eating the Acari since they have a certain toxin while still alive. Her snouts feathers and scales had a slight red and green tint before she trotted to a river to wash her feathers, scales, and all six of her feathery legs. Her gunmetal-blue claws raked against the rocks of the river as she jumped across the river and back to her den. She made fixes to the dens nest and laid down, she’d let a species of alien-like birds, called Quani’s groom her feathers. They normally had four or six eyes and gradients in their smooth feathers. Which shifted in the light. They normally came to this tree to sing at night, but they also groomed any other creatures who were taking a break. Soon, Haze fell asleep. Her large snow white-feathered wings covered the entrance of the den.

Thank you for reading.
This is just for fun ^-^

This is what I’ve been working on!

“Wait, its gonna explode!” said a panicked voice in the group of vets.  “Please leave the area vets, again leave the area all vets.”  the speaker said,  as soon as the glass practically exploded.  In the area a strange cloud of mist filled the air, it shimmered, before it all disappeared.

“. . .” the dragon was still left there sleeping, it had grown about the size of a large breed of horse, its wings were big enough to carry him across skies, with ease.  When the dragon woke up and saw the person that basically raised him, he grabbed the human with his front paws careful not to hurt her and then he would put her on his back, between his wings and he would head out of the facility.  He’d knew where the house was since he was basically raised there, so he brought the human back to the home after escaping the labyrinth of the laboratory. He’d sit on the carpeted floor before the human woke up.  Then he slipped into the backyard through the open door.

”  . . .What happened?” she’d mumble to herself.  Then the dragon walked back inside the house and she would have noticed the dragon then if she wasn’t still dazed, his dark blue scales were a shade darker then the living room walls,but he was almost unnoticeable if you glanced around.  He’d then sit down in front of her waiting for her to see him.  ” . . .”  She’d stare at the dragon for a while before saying; “Who are you and what are you?”  “… A dragon, named..I have no idea.” the dragon answered.  “my bad. .my names rose.” Rose said.

((Sorry for this, but I have decided to end this story. I will be trying to work on aa story about a dragon named Glitch. But here’s what I had!))

The Movie Frozen, And Its Themes! 2017 blog challenge, complete! Here's a Badge, I guess ye could call it.

This is just a place I spend a bit of my time writing. 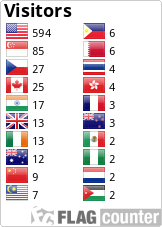